Added to your basket

Sorry, there seems to have been an error. Please try again.
Product Name

Subtotal: ( items in your basket)

Sorry, unfortunately this product is currently out of stock

Other customers purchased instead 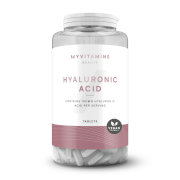 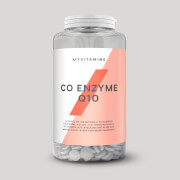 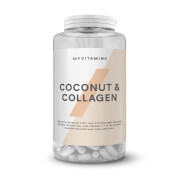 Item limited to max quantity of 5000

55% off the Myvitamins range
Shop Now

What is Total Ginkgo Biloba?

Ginkgo Biloba is a naturally powerful antioxidant which has been traditionally used by the Chinese for thousands of years.

Why use Total Ginkgo Biloba?

Total Ginkgo Biloba provides 120mg of extract; the equivalent to 6000mg of whole Ginkgo Biloba leaf, and contain a minimum of 24% Ginkgo Flavoglycosides and 6% Terpene Lactones - Ginkgo Biloba’s main active components. Ginkgo Biloba has been shown to support a healthy circulatory system increasing blood flow to vital organs such as the brain improving cognitive function, memory and concentration and is a powerful antioxidant helping to prevent free radical activity.

Total Ginkgo Biloba is a great choice for anyone looking to boost cognitive function and improve general health and well being.

Where reviews refer to foods or cosmetic products, results may vary from person to person. Customer reviews are independent and do not represent the views of The Hut Group.

I purchased this when writing my thesis and having a couple of big projects to finish at work. I felt really tired and it was hard do concentrate on the writing in the evening after a long day at work. This ginkgo really helped me get through this last weeks, my brain woke up quicker in the morning and I was still able to get a lot of things done after a hard day. Could definitely recommend to all students during their exam period or if you need to get through a hard period at work.

I really struggle with poor concentration, and Total Ginkgo Biloba do help! Fast delivery too.

I purchased Total Ginkgo Biloba from myvitamins because at the time they were cheaper than my normal supplier so thought I would give them a try. I am pleased to say that they are just as effective as the higher priced alternative so I will buy from myvitamins again unless my other supplier has a better priced offer at the time.

Gingko Biloba is good for the circulation, and helps keep a clear head. Yours comes in an attractive package, and does the job.

Total Ginkgo Biloba is an excellent supplement, just be warned they are not small. Delivery was very fast and efficient.